An unfortunate but frequent call we get to the service center goes something like this: customer has a catastrophic failure on a fairly large drive module. Usually we see this scenario play out on larger drives – around 100 HP and above. They go to get their spare, still brand new in its original crate, install it then – boom! A series of large cylindrical components inside erupt with a bang. Now the drive is dead. What happened? Chances are a very important step was skipped when commissioning the drive, the forming of the DC bus capacitors.

What are bus capacitors?

Bus Capacitors are a key component within Variable Frequency Drives or VFD’s. VFD’s and DC Bus technology was invented to solve a specific problem when it comes to AC motor control. In an application it is sometimes necessary to control the direction and speed of a motor. In the past before VFD inverter technology was invented, DC motors were used when specific control of a motor was necessary. Up to that point AC motors were only used with applications requiring constant speed and direction –such as fans and blowers. The reason was simple: to control speed on a DC motor all you had to do was vary the amount of voltage supplied and to control rotation you could simply reverse the polarity. AC motors on the other hand work on very different principles. If you try to drop the voltage supplied to windings, the lack of voltage is made up for in amperage which equals – you guessed it – heat. Which is not good for the motor.
Along came inverter technology. The inverter drive solves this problem in part by utilizing a DC Bus which acts as a filter for the input AC current. As the AC is carried over the Bus Circuits is turned into DC which is then passed through gate and IGBT circuitry to be sent out as a smooth and controlled AC frequency. This allows for safe control of the AC motor.

Why must capacitors be formed?

The Bus capacitor itself made up of various dielectric chemicals, metal and oxide layers. The oxide layer acts as an insulator which prevent shorts from forming while the capacitor is charged. This layer is formed when voltage is applied to the capacitor. If the capacitor has been under voltage for an extended length of time –usually between 8 months to a year – this layer can degrade. If this Oxide layer is not intact within the capacitor it has the chance of drawing large amounts for current which heats up the chemicals inside turning them to a gas which can cause the capacitor to detonate violently. Putting the capacitors under voltage for a period of time before putting a load on the drive will allow the oxide layer to reform, preventing such a reaction.
How often must I put my VFD’s under power to prevent DC Bus failure?
Most manufactures recommend a yearly power up of all drive modules to insure DC Bus Caps are always properly formed. We actually suggest this be done even more often, say between 6 to 8 months as heat and humidity can play a part in accelerating capacitor degradation and we would rather our customers play it safe rather than sorry. We recommend following procedures outlined in your drive manual for proper capacitor forming as drives configurations vary greatly between OEMs and the exact time it takes to reform is dependent on the type of drive you have. 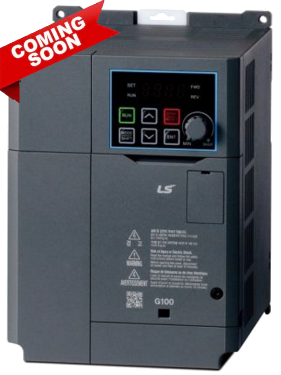